The life cycle assessment is a means of ascertaining whether or not it is appropriate to integrate renewable energy sources to improve, not merely the energy performance, but also the environmental performance of a new-build or building renovation project.

Renewables can reduce a building’s environmental footprint in the use phase, but impacts are generated during the production, renewal and end-of-life of systems (solar thermal or photovoltaic collectors, for example). In this case, is it appropriate to integrate these systems to improve the environmental performance of a new-build or building renovation project?

The life cycle assessment answers this question by providing a comprehensive analysis of all phases in the life cycle.

UOne approach is to assess average impacts per kWh of electricity generated by different production lines. The results can be used to compare renewable lines (hydro-power, wind, photovoltaic and biogas) to fossil and fissile generation (coal, gas, nuclear). The figure below, taken from the ecoinvent 3.4 database, shows different indicators in relative value compared to the maximum value (this value includes other production lines such as fuel oil which are not represented on the chart for greater clarity). For example, coal-fired power plants have the most greenhouse gas emissions. Emissions from gas-fired plants are two times lower, and are reduced by a factor of more than 20 with nuclear and renewable generation. The primary energy indicator represents the total for renewable and non-renewable lines.

Coal is the production line with the greatest impact on climate, and also on human health, eutrophication and waste. It also has a high level of impact on primary energy consumption and water, and on biodiversity. Biogas requires the most land and primary energy, while its impacts on health and biodiversity are high. Nuclear power generates the most radioactive waste and uses the most water, while the indicators for primary energy and to a certain extent resources are high. Photovoltaic energy consumes the most resources, though that being said silicon is an abundant material (Saint-Aubin, 2019) and the ecoinvent data does not yet incorporate recycling to any great extent. Some wind turbines use rare earth magnets, but according to the French Energy Management Agency (ADEME) (2020) potential high pressure on rare-earth elements does not appear to compromise the development of wind power, particularly due to alternative technologies for electric generators (asynchronous generators or synchronous generators without a permanent magnet). The photovoltaic and wind lines also consume more metals per kWh but are currently making great efforts to achieve a large share of end-of-life recycling: 90% of the mass of wind turbines is re-usable or recyclable, and this share is set to rise to 95% from 2024. The recycling rate for photovoltaic modules is 94.7% according to PV Cycle, which collects panels at no cost to the owner. The use of energy and materials needed for the energy transition was studied by Hertwich (2014), who demonstrated that the large-scale roll-out of photovoltaic, wind and concentrated solar lines reduces the environmental impacts of electricity generation.

The major growth in the renewable energy sector has also led to a significant cost reduction, due to scale effects and industrial maturity, and correlatively environmental impacts, cf. the figure below from Besseau (2019) for photovoltaic energy and Sacchi et al. (2019) for wind power.

The values given above are averages, but when studying an urban project, it is more precise to calculate production on the basis of local climate data and to consider the life cycle of the fittings (production, renewal and end-of-life) according to the way they are integrated into the building and the local situation. An hour-based dynamic life cycle assessment can also be used to analyse the reduction of environmental impacts over time, according to the season, the day of the week and the time of day (Roux et al., 2016 et 2017). Some renewable energy sources are intermittent, but the great reliability of weather forecasts allows for proper management of the electronic system.

The example below uses a positive-energy house in the climate of the Île de France (Greater Paris) region (COMEPOS, 2019). A 30 m² surface area of photovoltaic modules on the roof is necessary for production to balance consumption over a year. In order to assess the interest of this system, a variant without photovoltaic modules was considered in comparison, using modules produced in France or in China. The integration of photovoltaic modules reduces primary energy consumption and the quantity of radioactive waste generated, without bringing about a significant increase of the other environmental indicators. The impacts are slightly greater for modules produced in China, which is related to the electricity generation required for the production of the modules and shipping. 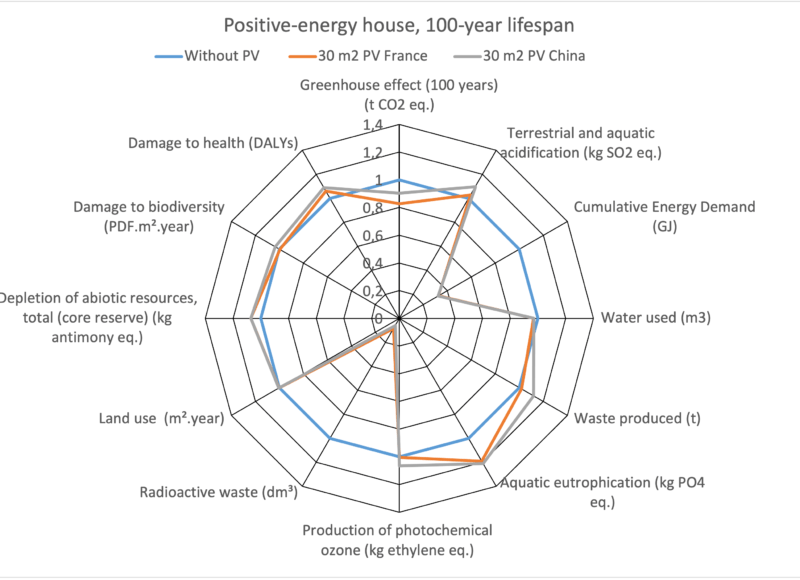 Renewable energy generation preserves energy resources and avoids the production of radioactive waste which must be stored for tens of thousands of years. The integration of photovoltaic modules in a building is therefore in line with the principle of sustainable development.

Part of the electricity generated by the photovoltaic system is exported to the grid. Should it be stored in power packs to be consumed in the building itself? Power packs give rise to additional environmental impacts and are not necessary, with the exception of a few specific cases (a remote site for example): excess production can generally be consumed in neighbouring buildings (in this case it is known as collective self-consumption) or purchased by an aggregator as national consumption is currently always greater than renewable generation. Pooled and optimised storage on the scale of the grid (e.g. gas production using electricity) is preferable to many power packs on an individual level.

According to the calculation planned for the RE2020 environmental regulation, the exported energy is recorded with a reduced primary energy coefficient for photovoltaic generation above 10 kWhef/m², which does not correspond to physical exchanges. An electricity system model designed by Roux et al. (2016 et 2017)and approved on the basis of data from RTE (France’s transmission system operator) shows that over the lifespan of a PV system installed today in mainland France (exclusive of island areas that are far from the national grid), exported electricity avoids conventional production. Therefore, there is no need to modify the physical assessment by artificially reducing the equivalence in primary energy of the exported electricity. Penalising the integration of photovoltaic systems into buildings results in a paradox: to meet the objectives of the energy transition, hectares of forests are being cut down to install photovoltaic power plants on the ground, rather than leveraging available surface areas on roofs. Given this penalisation of photovoltaic systems in the regulations, some recommend the construction of buildings without photovoltaic modules, which would be subsequently installed. This results in compounded impacts of a conventional roof and of the modules; the opposite of what a correctly conducted LCA should encourage.

Some methods only include the share of modules corresponding to the percentage of the building’s self-consumption, to offset the fact that exported electricity is not accounted for. The result of these LCAs then depends on the percentage of self-consumption, which itself depends on the scale on which the assessment is conducted. This percentage is higher on the scale of a local area for which a collective self-consumption system is rolled out than on the scale of a single building. The environmental performance (e.g. greenhouse gas emissions) of a building therefore varies depending on the scale, which does not correspond to a physical reality as it is the same building and the same photovoltaic system. Considering that exported electricity avoids generation on the grid and the corresponding environmental impacts provides greater coherence as the building’s performance no longer depends on the scale under study. This methodological choice is also consistent with the calculation of a module’s energy and environmental payback time. Also, all photovoltaic modules make up the sides and the roof of a building: there is no reason to only consider some of them.

In much the same way as photovoltaic electricity generation, a solar thermal system can be analysed through a life cycle assessment, considering its production, renewal, end-of-life and its generation of heat calculated by digital simulation. The payback time in terms of energy or CO2 is generally lower than two years (Ardente, 2005).

The use of wood for energy generation reduces greenhouse gas emissions provided that the forest is sustainably managed, i.e. without deforestation. However, wood burning emits dust and volatile organic compounds that are harmful to health. The use of fuel wood is prohibited for this reason in cities such as Paris. A set of environmental indicators should be analysed rather than basing the decision on a carbon footprint alone. “Air pollution” and “water pollution” indicators in the RE2020 regulation under-estimate the toxicity of certain chemical substances (by a factor of 50,000 for dioxins, grouped together with other, less toxic volatile organic compounds). The regulation requires manufacturers to record 168 flows (substances or groups of substances) in the INIES database, whereas the ecoinvent international database includes around 4,000, which brings about a more precise assessment of impacts on health and biodiversity.

Integration in an urban project

In a dense neighbourhood, the number of floors to a building is too high for solar power generation to provide sufficient energy and to balance consumption. It is therefore possible to work with a renewable electricity supplier, and possibly a heat network that includes renewable generation or geothermal energy.

The challenge of local electricity and heat generation is similar to that of food. Urban agriculture can only provide part of food requirements, which are mostly met by a broader area. The same goes for energy requirements. For example, the city of Hamburg has entered into a partnership with the neighbouring region of Schleswig-Holstein (Hambourg, 2021) to enjoy a supply that is 100% renewable electricity by 2035.

Given the long lifespan of buildings and infrastructure, forward-looking scenarios concerning all energy sources should be integrated: development of the share of biogas and hydrogen in the gas network, development of the electricity production mix (Roux et al., 2016b), and of the generation mix in district heating networks. 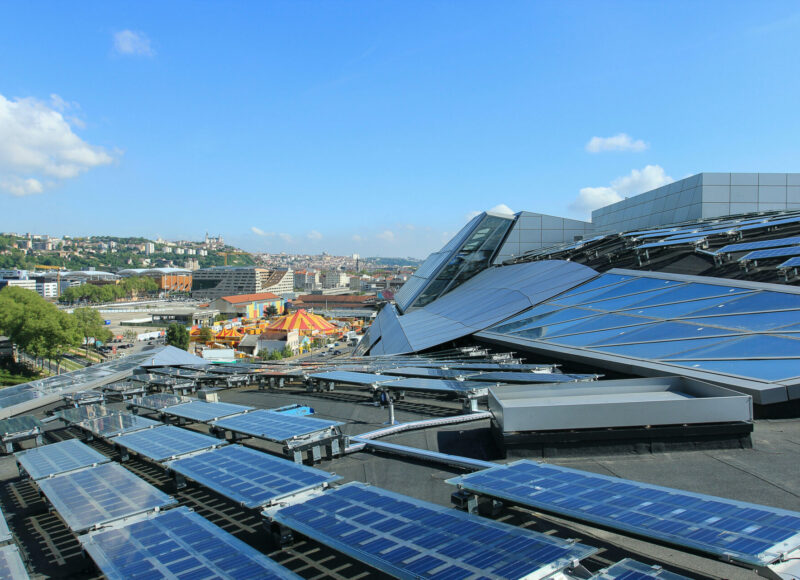 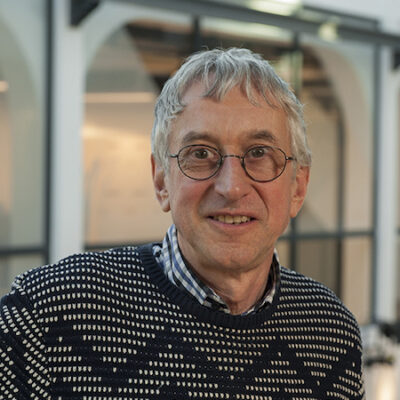 Bruno Peuportier
Research Director
MINES ParisTech
CES
Tool
Pleiades ACV Equer
This software program for life cycle assessment of neighbourhood projects is used to measure the environmental impacts from the manufacture of materials to the end of their life.
Learn more 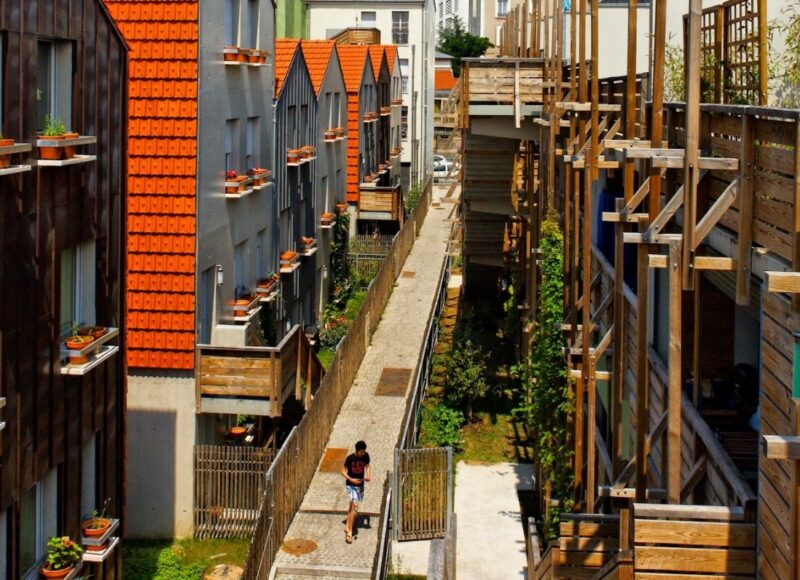 LCA of neighbourhoods
Life-cycle assessment is a method to assess the environmental impacts of buildings and infrastructures throughout their life cycle, from the extraction of raw materials through to their end-of-lifetime handling.
Learn more 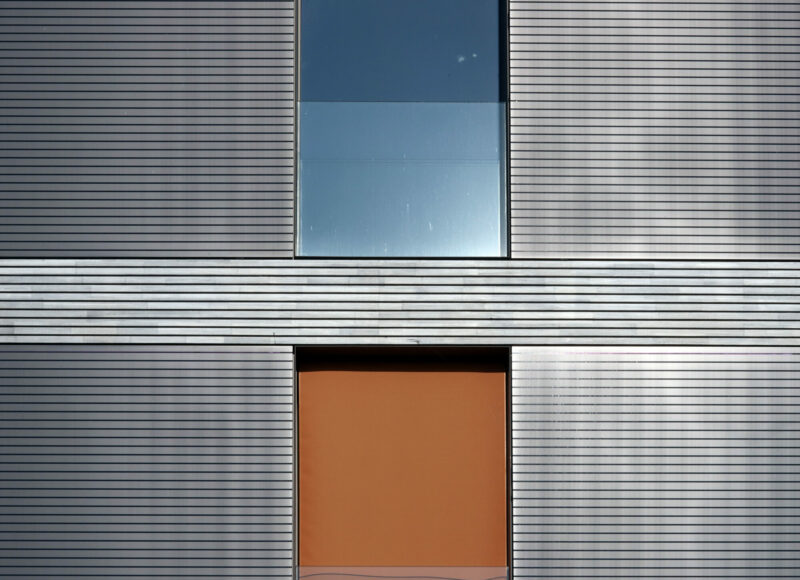 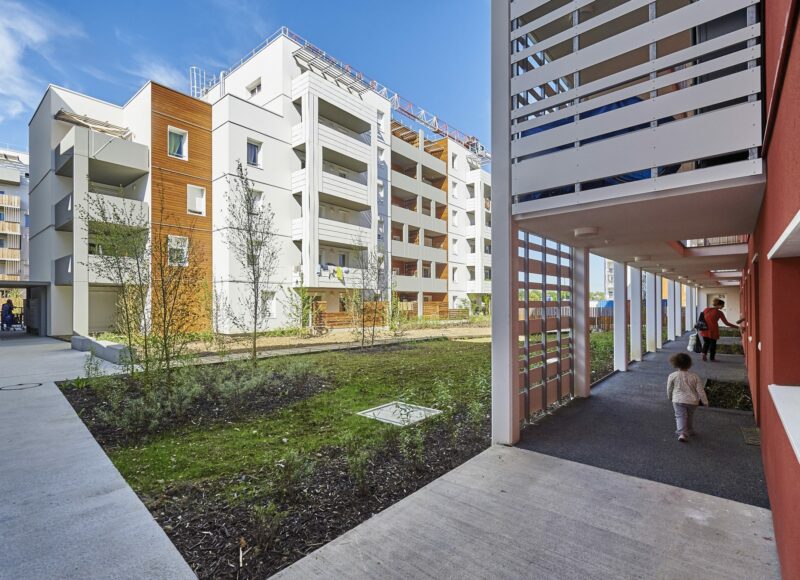 [Position paper] Dynamic life cycle assessment explained
Blog posts
Read the Blog posts on the same topic
All posts
We use cookies on our website to give you the most relevant experience by remembering your preferences and repeat visits. By clicking "Accept", you consent to the use of ALL cookies. However, you can visit cookie settings to provide controlled consent.
Cookie settingsREFUSEI ACCEPT
Manage Consent